Jeff Malensky, president of Oregon Berry Packing in Hillsboro, Oregon, has recently been appointed chair of the USHBC Promotion Committee. Malensky takes over the leadership position from Bob Carini of Carini Farms in West Olive, Michigan, who has served as the committee’s chair for the past three years. 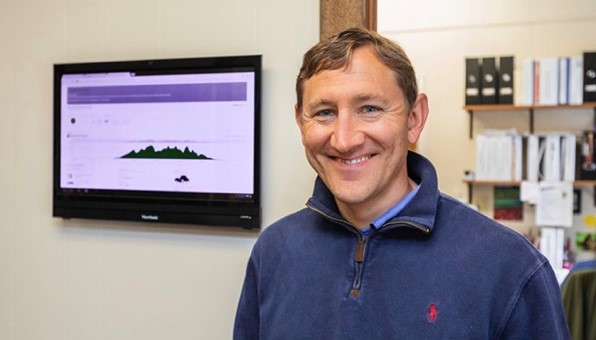 “Jeff brings a good energy of opportunity and optimism to the position that we need right now in the blueberry business,” explained USHBC board chair Chris Barnhill. “I have been encouraged and excited about the changes that have been underway through Bob’s leadership, and am looking forward to working with Jeff on our continued efforts to drive blueberry consumption even higher.”

A third-generation grower, packer and processor in the Pacific Northwest, Malensky brings a tremendous amount of experience and know-how to the chair position for USHBC’s Promotion Committee. Jeff has served as a Promotion Committee member for the past six years and has completed his tenure as chair of the board for the Oregon Blueberry Commission. Jeff also serves as a member of the Export Committee for USHBC and on the Legislative Committee and the Procurement Task Force for the NABC.

“What the USHBC has been able to accomplish on behalf of blueberry growers over the years has been remarkable,” shared Jeff Malensky. “I am looking forward to serving in this new role and helping to shape and drive the new ideas and innovation in our promotions and marketing that will help blueberries remain highly valuable in the minds of consumers and continue to compete in this new business environment.”

The USHBC recently launched its National Blueberry Month campaign for the month of July and has seen tremendous response from its Blueberry Method program, which was launched in early April. The Promotion Committee will meet again during the NABC/USHBC Virtual Conference & Expo this fall.